Interview with Jayel Gibson, author of "The Wrekening – A Tale of Ancient Mirrors" 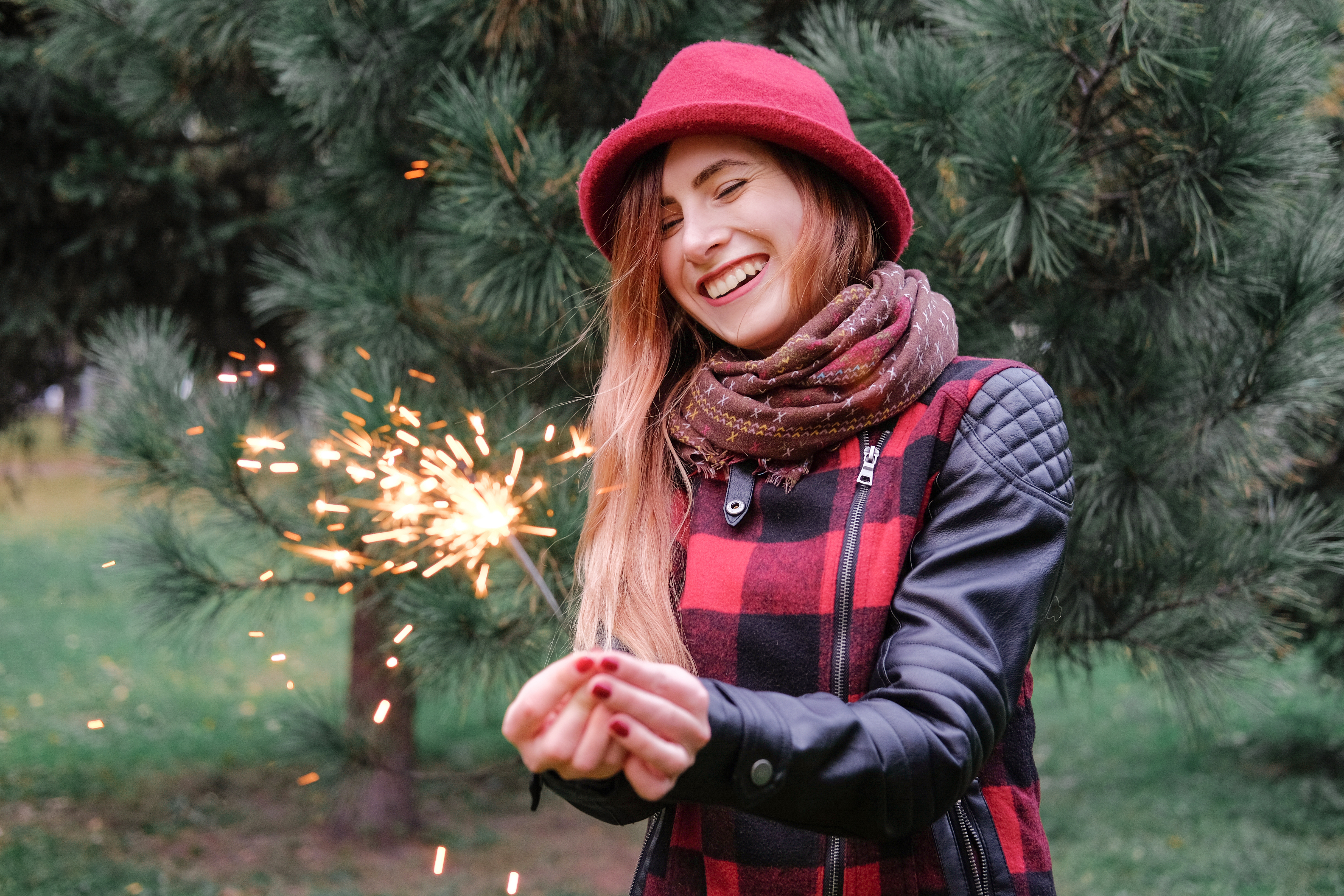 Tyler R. Tichelaar of Reader Views is visiting for the second time with Jayel Gibson. Jayel was here last month to tell us about the first book in his “Ancient Mirrors” series, titled “Dragon Queen”. Now he’s back to talk about his recently released sequel, “The Wrekening.” We are also fortunate to have Ian McCurley, our thirteen year old reviewer.

Jayel Gibson is the author of several fantasy novels. His writing is heavily influenced by Celtic folklore, mythology, and role-playing games. After teaching elementary school for fourteen years, he stopped teaching in 2003 to devote himself full-time to writing.

Tyler: Welcome Jayel. It’s great to have you back. To start, could you tell us a bit about the “Ancient Mirrors” series in general?

“Ancient Mirrors” is a fantasy series based on the mythical world of Ædracmoræ, a place that houses the Ancients, guardians and men, dragons, death hawks and gentle aviators, magic and machines.

The title of the series comes from the seven ancient mirrors scattered underground, mirrors that provide magical links from one realm to another.

Jayel: Yes, although a recent reviewer, who read “The Wrekening” first, indicated that knowing the goal and end result of Yávië’s actions in “The Wrekening” added to his reading experience of “Dragon Queen.”

I think reading “Dragon Queen” first will provide that intimate familiarity with the world and its inhabitants that readers often enjoy in a series. “Dragon Queen” contains the building blocks of the kingdoms of Ædracmoræn and the story of Yávië the Dragon Queen. “The Wrekening” throws the reader forward with Cwen, the queen’s estranged niece.

Tyler: Are there characters from “Dragon Queen” that the reader will meet again in “The Wrekening”?

Jayel: Yávië is back, now in command of the Seven Kingdoms as the official Dragon Queen. The guardian Nall and the sorceress Näeré make appearances, as do some of the Ancients and dragons, and the obligatory Fuzzy Airman.

Tyler: Ian, I know you had some questions about Nall and his minor appearance in the book.

Jayel: The plot of “The Wrekening” required characters to walk a less palatable path than Yávië and the Guardians of “Dragon Queen”. Cwen and her colleagues met that criterion. Yávië and Nall had very specific callings at the end of “Dragon Queen” and were too well known in Ædracmoræ to undertake the search for the Wreken heart fragments, although Nall volunteered. Writing to Nall’s daughter also allowed readers to see Nall develop in a very different light.

Tyler: Thank you Jayel. That makes a lot of sense. It reminds me of Arthurian legends, where King Arthur shows up all along, but then once he becomes king he has to deal with running the kingdom, which is not as interesting as having adventures, so the stories shift focus to your knights and their missions.

But Ian, I know you were also interested in learning more about the new characters appearing in “The Wrekening.”

Ian: Where did you find the inspiration for Cwen?

Jayel: Guardians Nall and Näeré were the inspiration for Cwen. The question: if Nall and Näeré had a child, what would she be like? – He refused to leave, just like Cwen. Cwen is the quintessential rebellious child, determined not to be like her parents. One of the things I love about her is her personal struggle for independence. Outwardly she seems so sure of herself, but we glimpse another Cwen, the daughter in search of parental love and approval.

Tyler: I understand you represent Cwen as a strong woman who does not submit to any man. Is it inspired by any particular female archetype from Celtic literature?

Jayel: Not particularly. In Cwen we find a quasi-medieval idea of ​​knighthood, with a feminine twist. She is a combination of the battle-hardened warrior prepared to fight for honor and justice, at least as she sees them, and a gentler knight, who defends the defenseless and can pass as a lady among the more civilized members of the Ædracmoræn society.

Tyler: I know that many novels in recent years have attempted to retell Celtic literature from the point of view of women and depict strong female characters. Marion Zimmer Bradley’s “The Mists of Avalon” comes to mind especially. Do you think these works accurately represent the women of that period, or are they more projections into the past of our own 21st century problems?

Jayel: In my opinion, it’s a bit of both. I believe that the fundamental qualities of women (and men) are the same today as they were a long time ago. There have always been submissive and silent women and others energetic and frank. We tend to assign many modern freedoms to today’s fantasy women, while staying true to the legendary strength of women in the Arthurian tradition. Honorable qualities, such as courage, strength, and truth, are not particularly masculine or feminine, but represent the best of humanity. It is these qualities that are exemplified in the women of Celtic legend and in the women of modern fantasy.

I strive to achieve a quality of ice and fire in my female characters. On the one hand, they exhibit unwavering courage and stubbornness, which means they either win or die; giving up is not an option. The flip side is that they can express a warmth and shy grace that makes them attractive to the reader.

Tyler: Well said, Jayel. Much of what we see today we consider new when it really has existed since the beginning of time. And, of course, love has been a part of human history from the beginning. While I understand that Cwen refuses to submit to any man, I also understand that there are men who pursue her affections.

Jayel: Cwen is a young woman without much faith in romance, so she is constantly off balance due to the never-ending pursuit of the thief Caen and the less overt attention of Klaed, the son of a diplomat.

Tyler: But will Cwen find love, or is it a secret that she won’t tell but will let the reader find out?

Jayel: Cwen’s fierce desire for independence tends to hamper her relationships. Readers will have to follow the series to “Quondam” to find out where and with whom Cwen finally settles.

Ian: Where did you find the inspiration for Caen?

Jayel: Caen was inspired by various real life people that I have met over the years. It is an enigma, that person that we love one minute and despise the next. He’s reluctant to admit he’s good, but he’s also unsuccessful at being a “bad boy.”

Tyler: Jayel, the plot of “The Wrekening” centers around the need to destroy the fragments of Wreken before they destroy your fantasy world of Aedracmorae. Where did you come up with the idea for the Wreken Shards?

Jayel: When I was a child, one of my favorite stories was about the great legless dragons called wyrms and the magical power of the fragments of their hearts. A large chunk of amber, complete with a misshapen air pocket and a large ant, served as additional inspiration for the symbiotic relationship between ancient wyrms and the ethereal race known as the Wreken.

Tyler: Assuming the Wreken Shards are destroyed and Aedracmorae saved, can readers expect more novels in the “Ancient Mirrors” series?

Jayel: They can. “Damselflies”, the next book in the “Ancient Mirrors” series, will be published on November 1 this year, and “Quondam” will follow in the summer of 2008.

“Damselflies” tells the story of Arcinae, the last Damselflies. It’s a tale of twisted legends, broken promises, and humanity’s never-ending fear of what it doesn’t understand.

In “Quondam”, a sorceress tempts fate by tying a dragon seed inside the womb of a mortal woman, forcing Yávië and Cwen to venture into the unlikely realm of a dragon spawn.

Tyler: Wow, you’ve been busy writing. What kinds of difficulties have you faced writing a series? Did you have the whole series planned in your head when you started writing and publishing your books as JK Rowling seems to have done with the Harry Potter novels, or do you write them one at a time and see where each one will take you? ?

Jayel: A series requires character development to take place over a long period of time (multiple books). Even in the final episode, readers expect the characters to unfold in a cool, yet familiar way. Sometimes it is difficult to control the characters and stop their headlong gallop into oblivion.

For me, the whole series is like a single story. I always knew where the characters were going and the ultimate reason for their existence.

Tyler: If it were possible, do you think you would physically want to live in the fantasy world you’ve created, or are you content to live with it only in your mind?

Jayel: My husband would say that I already live in a fantasy world. He loves to tell people who never know which character from “Ancient Mirrors” he will meet for morning coffee.

I love what I do and am quite happy with the magic of the mind. Given the chance, I would enjoy traveling through history, both real and imagined. I am an adventurer to the marrow of my bones, so traveling our existing world and writing the realms beyond, keeps the itch of wanderlust ointments.

Ian: Mrs. Gibson, why did you start writing?

Jayel: Wow, that’s a tough question. The truth is, I didn’t have a choice. I believe that writing chooses the person, and not the other way around. Once the story was in my head, I had to get it out. It’s the last thing I think about before I sleep and the first thing on my mind when I wake up.

There is a lot of truth in the old cliché: a writer writes.

Ian: And what do you like most about your books?

Jayel: The Ancients, Willowort and Rosewort are my favorite characters because they are the point where it all started, but it is the communication with the readers that gives me the most pleasure. Nothing is better than meeting and chatting with people who have read the books. Whether it’s at a book signing or via email, I love that interaction.

Tyler: At the beginning of the interview, Jayel, I mentioned that you quit teaching to dedicate yourself to writing full time. What advice would you give to others who want to make a career in writing?

Jayel: Explode your ego before you start. Join a group of constructively critical writers. Attend writers’ workshops, conferences, and conventions to familiarize yourself with the business aspects of writing and network with others in the business.

Tyler: Before closing Jayel, would you tell our readers where they can go to find out more about “The Wrekening” and where to buy a copy?

Jayel: Thank you Tyler. For additional information and copies signed by the author, or to contact my publicist, visit the “Ancient Mirrors” website at [http://www.ancientmirrors.com]. The books in the “Ancient Mirrors” series are available wherever books are sold; ask at a local bookstore or order at any online bookstore.

Tyler: Thank you, Ian, for taking the time to join us today. And of course, thank you, Jayel. It has really been a pleasure. We look forward to your next book. I hope you come back then.