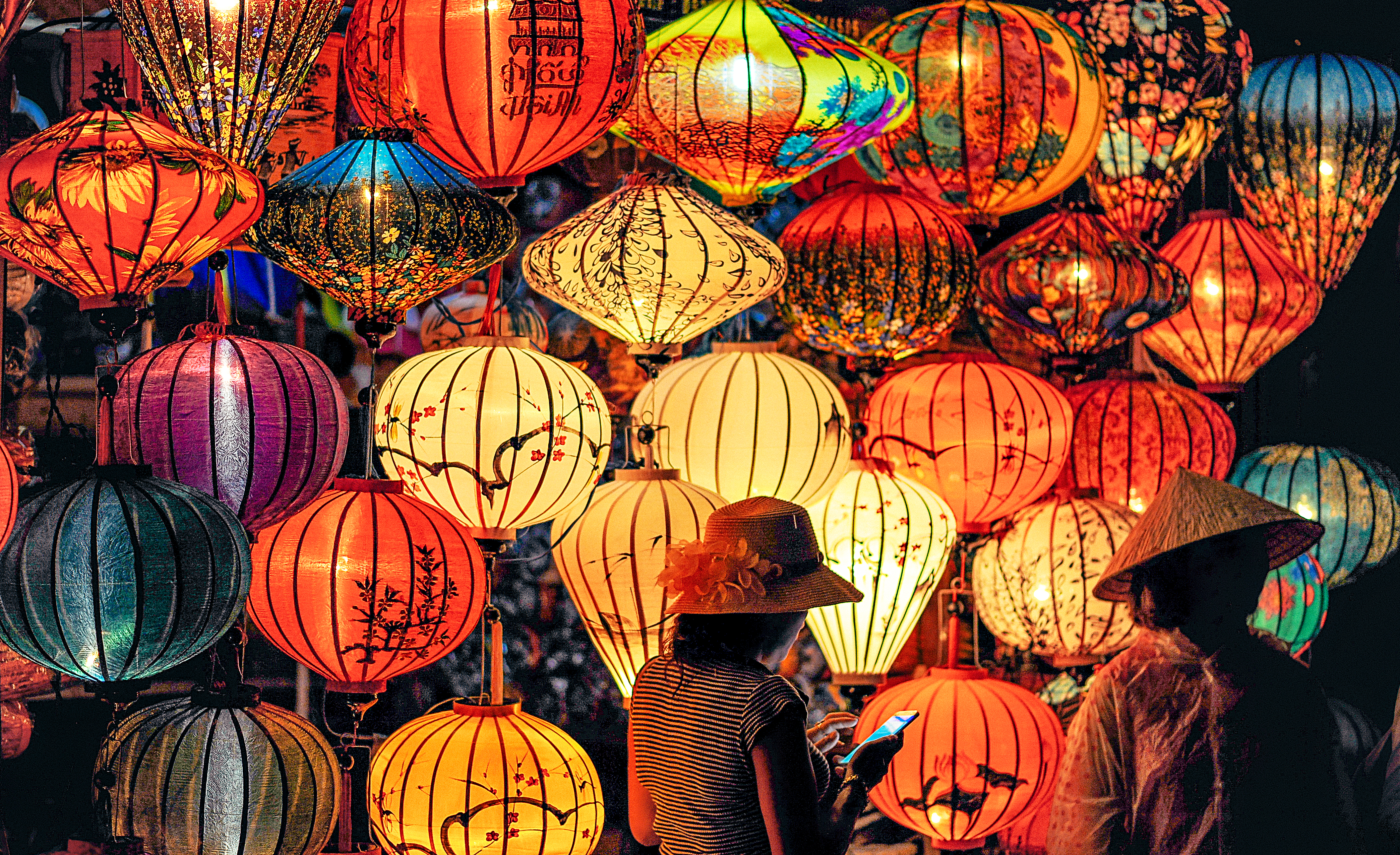 “He came straight to me. Before I got to the bed, I whispered, ‘Who is it, Pete?’ but I didn’t get an answer for a moment. I realized that it could be Pete’s brother-in-law, Manuel Abreu, who had seen Poe and McKinney, and wanted to know their business. The intruder approached me, resting both hands on the bed , his right hand almost touching my knee, and he asked, in a low voice, “Who are Pete?” At the same moment Maxwell whispered to me. ‘That’s him!’ Simultaneously, Kid must have seen, or felt, the presence of a third person at the head of the bed. He quickly raised his pistol, an autococker, about a foot from my chest. He withdrew quickly across the room and yelled: Who is he? Who is he? ‘”Who is that? Who is that? “) All this happened in a moment. As quickly as possible I drew my revolver and fired, threw my body aside and fired again. The second shot was useless, the Child fell dead. He never spoke. A fight or two, a little strangling sound as he gasped for breath, and Kid was with his many victims. “

IN CONVERSATION WITH FRED NOLAN.

Fred Nolan is considered one of the greatest experts on Billy the Kid in the world. His book The West of Billy The Kid is considered one of the best studies of legend ever published. He added five installments to the Sudden series, a Western character originally created by Oliver Strange. Among his thrillers is The Oshawa Project, which was filmed by MGM and stars Sophia Loren and Robert Vaughn. In total, the author is responsible for more than 70 books.

However, when The Archive cornered the writer, it was with the legend of Billy The Kid that we were concerned.

What is the continuing fascination for Billy the KID?

“The answer would depend on how deeply you want to delve into the mechanics of illusions, the place of our hero in history and reality, the implicit challenge and the simultaneous impossibility of solving an insoluble historical enigma, of adequately establishing who he was, where he was born. , who was his father, where he spent the first ten years of his life … but I think there are also broader questions, which have to do with our need for heroes and myths (and, curiously, hope), with preconceptions molded where we grew up and who we did it with, what we read and what we saw on television or in the movies when we were an impressionable age. Billy is truly a young man for all seasons; what a short and violent life, that transformation of a homeless child to an immortal myth that is reformed anew for each succeeding generation “

In your opinion, have any of the film versions of The Kid come close to reality?

“The short answer is no. I think maybe if Jack Beutel, who played the Child in The Outlaw, could have played the role of Kris Kristofferson in Pat Garrett and Billy the Kid, we could have had the ultimate image.”

“I’m pretty sure he wasn’t” suffering from a mental disorder in which thinking and emotions are so impaired that contact with external reality is lost “(OED). But he knew how to stay alive in a world and a time that you and we may not be able to afford it. If you want to try it, read Cormac McCarthy’s Blood Meridian. “

There is only one authenticated photo of Billy the Kid, but many others claim to be the outlaw. Do you think any of these other photos are genuine?

“More illusions. Surely there must be another photo of him somewhere, something that doesn’t make him look (as Burton Rascoe said)” a nondescript, adenoid, weasel-eyed, narrow chest, hunched shoulders. repulsive-looking creature with all the outward appearance of a cretin “Of course, I’ve seen quite a few photos that could well be the Child, but they all lack that vital factor: a provenance, proof that they are the real thing.”

The nickname “THE BOY” was a generic term in the Old West and was often given to any young man in trouble with the law. Obviously, there were many murders attributed to Billy that he did now, which in fact he could not have committed. How many men, in your opinion, did he kill?

“As far as we know, he only killed one to one to four men: Frank Cahill, James Bell, Bob Olinger and Red Grant. He was involved, to what exact extent we cannot be sure, in several other, essentially gang murders: Morton, Baker , McCloskey, Brady, Hindman, Roberts, Bernstein, etc. Evidence linking him to others we don’t know is unlikely at this latest juncture. And, after all, there is quite a bit of irony in the phrase “he only killed four men ” … only ???? “

What’s your take on Brushy Bill, who claimed to be Billy the Kid and still causes a lot of debate about his true identity?

“Oliver P.” Brushy Bill “Roberts was just a sad and simple old man who got involved in something whose ramifications were far beyond his mental capacity; and the stress of doing so probably killed him. His family’s Bible shows that he was born in 1879, which means he would have been two years old when Billy the Kid was killed. He had previously claimed to be a member of Jesse James’s gang. He was just a nobody who wanted so badly to be someone, but that hasn’t stopped delusional thinkers from illusion. “

Why, then, do the authorities loathe allowing Billy’s grave to be excavated for DNA testing and solving the mystery once and for all?

“The authorities (and many historians, including myself) were not so much against the idea of ​​DNA samples being taken, as the proposition that, since (a) precisely locate the precise place where the Child, it is not possible and (b) there is no way to be sure that even if the grave were excavated, the remains, if there were any there, would be Kid, Bowdre, Folliard, or just someone else who had been buried there before. that they were. And (c) what would the DNA compare to? Kid’s mother in her Silver City grave? But precisely the same issues exist there: There is no certainty about the location of the grave, or whether she is in it or just near. So (d) what would be the point? “

“Okay, let’s free our imaginations and pursue your hypothesis. Garrett kills someone in Pete Maxwell’s bedroom. He / they claim it was the Child and they hastily shoved him into a coffin that is sealed so no one can see the body and then hastily buried below. Now everyone has to believe Garrett and Maxwell’s word that it was Kid, and none of the families living in Fort Sumner, nor any of their descendants in the next hundred and twenty years, will question it or will tell anyone that this was what they were told / agreed to do. Hard to believe, right? (We are unaware for a moment that none of this is what Garrett and Poe said happened, or that a forensic jury saw the The same has to be true of the proposition that someone else, a “Billy Barlow,” say, was buried and Billy the Kid got away. In 1881, Fort Sumner was a fairly small community let’s say a maximum or a hundred people. Still, there is no way known to man that you can silence all of them and all of their relatives (then and in the future) so completely that no one, not a single one, told or hinted at the secret. I once made a list of the families who were known to know Billy and whose relatives and descendants would have had to keep this vow of silence and by now it would have involved more than a thousand people. You know the rule: two people can keep a secret while one of them is dead. “

Legend has it that when Garrett killed The Kid he was only 21 years old, but the general opinion these days seems to think that he was around 26. What’s your opinion?

“I always thought Billy was younger, not older than 21, basing that proposition on our inability to find a record of his birth, or even his existence, from the census and other records. Lately, I’ve been wondering if that theory should Kid was at Fort Sumner in 1881 when the census was taken and at the time he said he was 22 years old and born in Missouri. Why shouldn’t that be true, because we don’t like it? There are Bonney families in The Missouri Records at The ones that could have fit, and there’s at least one McCarty family there that could have been his mother’s. But like everything else about Billy, it can’t be proven and is unlikely to. “

Will the mystery of The Kid ever be cleared up?

* The Oshawa Project (released in the US as The Algonquin Project, a best-seller on both sides of the Atlantic, later filmed as Brass Target)

* The Mittenwald Syndicate – Another best-selling thriller about the Reichsbank robbery in Germany at the end of WWII.

* Carver’s Kingdom: a historical novel about the construction of the American transcontinental railroad

* White Nights, Red Dawn – A historical novel set amid the turmoil of the Russian Revolution.

* A Promise of Glory: a historical novel about an American family during the Revolution.

* Blind Duty: a historical novel about the same family during the Civil War.

Field of Honor: a historical novel about a family during the Spanish-American War.

Wolf Trap – A thriller about the 1942 assassination of Reinhard Heydrich in Prague.

* Designated Killer – This time the terrorists are Irish.

* Until justice is served

* Until death do us part

* Suddenly in the bay

* The Life and Death of John Henry Tunstall

* Rodgers & Hammerstein: the sound of their music

* Lorenz Hart: a poet on Broadway

* The Wild West: History, Myth and the Creation of America

* Tascosa, his life and striking times

* The Billy the Kid Reader