A mother lion roars: two determined mothers aspire to their children for music, but in different ways 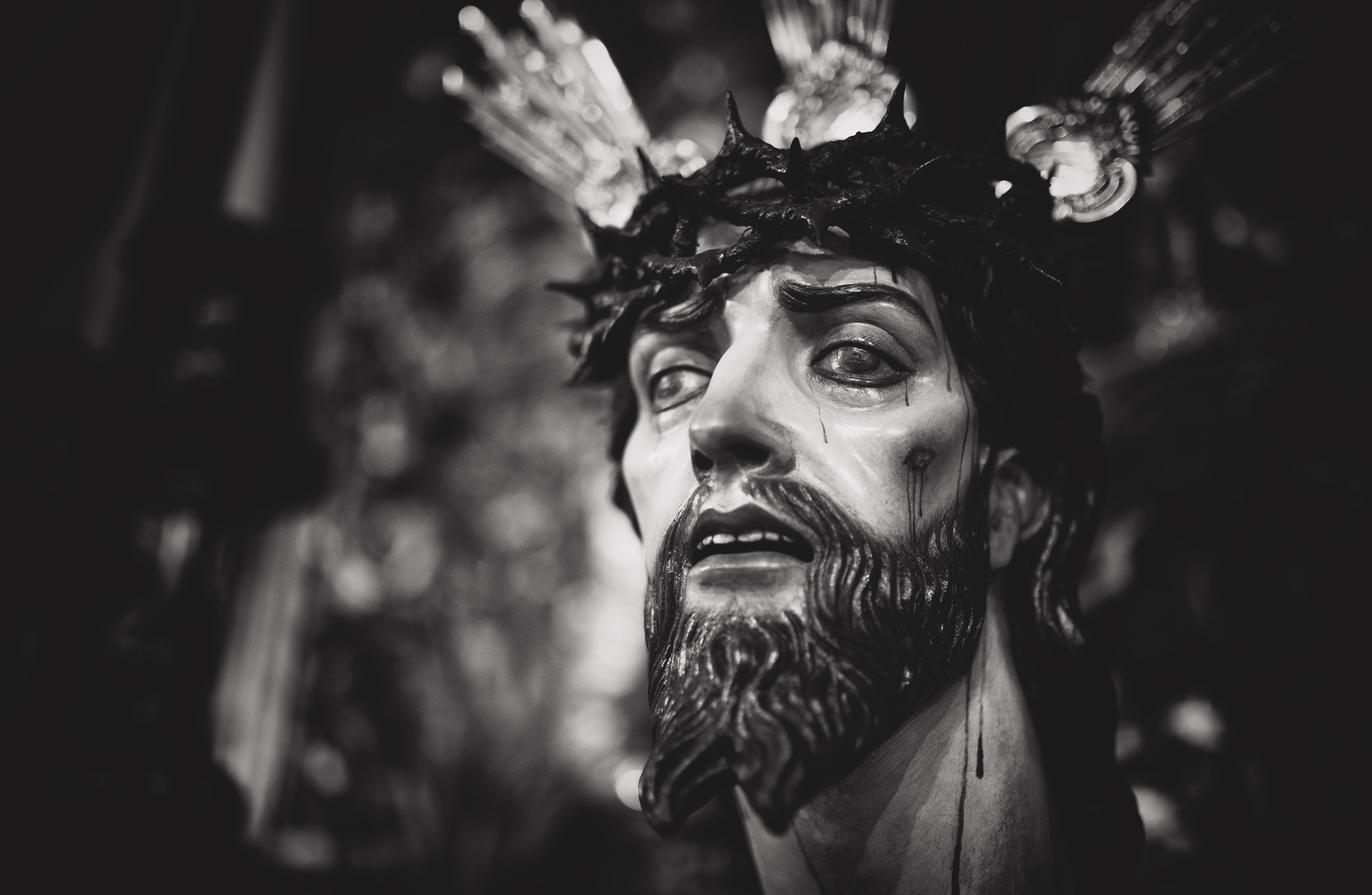 A few weeks ago, I brought my 17-year-old daughter, Ariana, an accomplished viola player, to the East Coast to audition at premier music conservatories. all your life. At the first audition, waiting for her turn, I asked Ariana if she was nervous. “No mommy, I’m so excited to play for them!” I was happy, like Cinderella going to the dance.

It felt like the end of a long road and the beginning of a new one. When Ariana and her brother Zak were little, I suddenly became a single mother. I thought I could never send them to college without scholarships. So I trained them in something that, as a symphonic violinist, I knew well: music. I started with Zak on violin at 6 and Ariana at 5 (she switched to viola in her teens). During those difficult times, I sometimes sacrificed paying my utility bills to buy his instruments and pay for his lessons.

The first piece of Ariana’s first college audition was a dramatic Brahms sonata. I practically glued my ear to the door. It seemed to me that she was expressing all the life experiences that had brought her to this point; wonderful experiences like play dates and sleepovers with good friends, horseback riding, and playing in jazz and rock’n’roll bands. And there were also echoes of difficult experiences, such as their parents’ divorce, a move to the other side of the country, and teenage school problems.

When he left the room, I could see by his face that he had nailed it. The teacher, who served as a judge, followed her to the door, congratulated me, and said that he would love to teach her.

I’ve been thinking about that experience a lot, because a lot of people have asked me about the ‘mother tiger’ essay. You’ve probably read the article, by law professor Amy Chua, in the Wall Street Journal (January 8, 2011), titled “Why Chinese Moms Are Superior.” Chua describes her approach to parenting, which she calls the ‘tiger’ way, and compares it to the ‘western’ way. Their children were never allowed to spend the night away from home or play. They were required to be the best students in their classes and to only play the piano or violin for hours a day. Chua tells an anecdote about her 7-year-old daughter Lulu’s difficulty with a particular piano piece. Lulu gave up and put down the piano. Her mother forced her back. “Punching, spanking and kicking” followed. Chua insulted and threatened his daughter and did not let her go to the bathroom. After many hours, without dinner, Lulu finally played the piece correctly.

My Answer: Chua could have achieved the same results without the negativity.

I know this because not only am I now the father of three very musical children, but I also run a music school with hundreds of young clients. We prepare students early on to be good enough to get into Juilliard or any top-tier music program. yew that’s the direction they choose. So in our ambition for our children, I am very much like Chua, who tried to get her daughter into the Juilliard pre-college program.

But, in addition to admiring Juilliard, my experience in helping children grow and thrive in music to reach the highest levels could not be more different from Chua’s.

By allowing herself to get angry at her children during practices, Chua takes the easy route. The violin is the most difficult instrument a child can play. Seeing their children make a mistake, parental anger can go from 0 to 100 in seconds. Sometimes I just want to jump inside my daughter’s little body and do it for her! Add to that the financial sacrifice, it’s no wonder parents go crazy.

I tell parents that they are not alone in these feelings and offer them tools to reduce frustration and help the child progress. My positive reward system includes lots of compliments and gifts, from puffy stickers and ‘dumb band’ bracelets, to cute Japanese erasers and plastic busts of great songwriters. We also offer dozens of ideas to help make practice fun, or at least tolerable.

SOLITARY CONTAINMENT VS. ‘PLAYING WITH FRIENDS

Chua places a lot of emphasis on having her children practice for many hours, not just an hour or two, but 3 hours a day or more of solo practice, just with mom. That would be 21 hours a week (plus the lessons they attend). I am like Chua, in terms of my insistence that my children practice every day and put in a lot of time each week. Some parents think I’m overkill. I added up the hours that my 9-year-old daughter Jenna spends with music and her cello; it’s almost 20 hours a week. But that is not a solo practice. Jenna is in two of the orchestras at my music school; and plays in three quartets, with girls his own age. On top of that, he has four cello lessons a week, a piano lesson, and a music theory class. I try to get her to practice alone for an additional hour a day. (All of this is not as expensive or time consuming as it sounds because of course we own the music school, which is Jenna’s second home.)

A more typical student in my program might take 1 or 2 lessons per week; join one of our string quartets once a week and play with one or two of our orchestras weekly. You are also encouraged to practice 45 to 90 minutes a day, depending on your level and age. That can average 1 hour a day, around 12 hours a week, compared to 21 hours for Chua children.

It is important to put time into practice. In the elementary school through high school years, it is true that children who practice for the most hours will have the most advanced technique and will get the first few chairs. But when they go out into the real world and start auditioning for conservatories, high-level orchestras, and competitions, the winners will be performers who are not only technically competent, but can also perform a piece of music in one style. a way that is unique to them, with a high level of musicianship that can only come from varied life experiences, including non-musical experiences like play dates, sleepovers, and friendships.

Jenna is getting quality time, rather than just “making time.” A significant percentage of their 21 hours, and the 12 hours for our most typical students, are spent in groups with their peers. It is in group play that students develop their musicality and other critical skills such as listening, leading, and rhythm. It is also in group play that the child develops a sense of belonging that pulls him up in music. They join a wonderful club with friendships, fun, snacks, trips to amusement park music festivals, medals, pins, trophies, and most of all, travel! Membership inspires them to practice, reducing parental frustration.

Which brings up another reason why the “tiger” approach is counterproductive. Being a professional musician is a social career. Being successful is about making connections and friends. If there is a good job, and there are two players to choose from, it is the one that gets along with all those who will get the position.

Chua seems to isolate her daughters. She describes her insistence that her son be number one in almost any situation, school and music, as ‘Chinese’. My perspective: in music, as in life, aspiring to be number one is a lost proposition. There will always be someone who plays better. Children must learn to cooperate to be successful.

ERRORS ARE A MATTER OF LAUGHING

After ten years of running a music school, we have learned that some parents must separate from the student during lessons. I will teach a child how important it is to relax the upper body, and then the parent intervenes or even pushes the child: “And don’t forget to push your arm in!” – which practically puts us back to the starting point with the child’s tension. Authoritarian parents inhibit student progress.

Chua demands perfection from her daughters. I tell my students (and their parents) that it is okay to make mistakes. Something I say a lot in class and in orchestra is: “I’m so happy that you played so badly, now we can all learn!” My own children have made many big mistakes. Like the time Ariana forgot to squeeze her bow before a fancy recital! On another occasion, he left the sound of his violin mute throughout the performance! You can bet he will never do that again. So we laugh, and we still laugh about it.

When my own kids fail, when they don’t get the first chair, I don’t take it personally. I know they will do better next time. They don’t need me to rub it.

After years of dealing with hundreds of parents, it is clear to me that those who behave like Chua have tied their self-esteem too much to the performance of their children.

In addition to being ambitious, there is another area where Chua and I are similar: We are both stubborn. If she’s a mother tiger, you can call me mother lion. I agree with Chua’s attitude that if someone wants their child to become a skilled musician, a parent must be very determined, persevere, strive to get through the difficult parts, and never give up. But parents must also learn to separate from the child and to grow their own life emotionally and spiritually. And parents do no having to take away a child’s precious childhood.